A Peek Into My Life as an Executive Producer 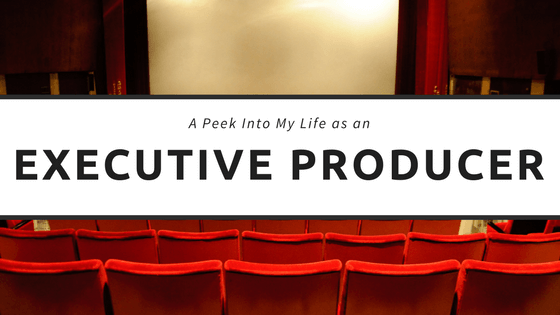 When I’m not traveling the world, hosting my podcast Mind Power, or speaking at several personal growth events, I enjoy producing films that will inspire and uplift viewers’ spirits. As an executive producer, my job is to oversee the producer, the finances, and make sure the project gets completed on time. From documentaries to comedies, I’ve been the executive producer for five films, which are all outlined below.

Although paraplegics can’t walk, they can still compete in races that test their strength, might, and willpower. As my proudest and inspiring film that was shortlisted for an Oscar, “Unbeaten” highlights the challenges that paraplegics face as they overcome their athletic limitations.

The film focuses specifically on three wheelchair racers — Chris Kohler, Geoffrey Erickson and Edwin Figueroa — on their journey to the finish line in Sadler’s Alaska Challenge. As the longest and toughest handcycle road race in the world, the challenging course spans 267 miles through Denali National Park. Commentary from two members of the U.S. Paralympics squad, Oz Sanchez, and Alejandro Albor, highlights their struggles in their quest to medal at the 2008 Beijing Paralympics.

The film was generously funded by Steve Forbes, the Editor-in-Chief of Forbes magazine, singer Cher, skateboarder, Apple founder Steve Jobs, and many other high-profile donors.

Stand-up comedian Michael Jr. uses his comedic wit to enlighten others who need it the most. He takes his show to a juvenile detention center in California, a homeless shelter in Los Angeles, abused children in Colorado, and more to brighten and inspire the spirits of today’s youth. This feel-good comedy will have you crying tears of joy.

This documentary focuses on a group of surfers from Havana, Cuba who are struggling to establish a surf-spot. After plenty of searching across the island, the surfers stumble upon the controversial Guantanamo province, which is home to the infamous U.S. Naval Station at Guantanamo Bay. Through it all, the surfers learn what it means to be a surfer and a citizen of modern-day Cuba.

Since September 11th, 2001, more than 1.8 million U.S. military personnel have deployed to fight in the Iraq and Afghanistan wars. The combat environment is brutal and intense, and servicemen and women face extreme challenges trying to integrate back into the norms of society. With little help from doctors, veterans and their families face with new and alternative methods of mental health treatment. The documentary was narrated by actor Martin Sheen, who is known for his roles in “Selma” and “The Amazing Spider Man.”

This self-help documentary highlights survivors of Post Traumatic Stress Disorder as they cope with various personal struggles ranging from war, to loss of a child, to financial ruin, to athletic injury and more. The film provides great advice for trauma victims so they can find their path to a productive and satisfying life.

Shane Krider is a successful personal development life coach, producer, speaker, author and entrepreneur. Along with his wife, Shane is the co-host of Born to Prosper’s Mind Power, which is a self-help podcast which challenges its listeners to delve deep into their minds to find success. In addition, Shane travels the world in luxury to speak to aspiring entrepreneurs at conferences and workshops to inspire them to find their own pathways to success. Shane Krider is part of The Prosperity of Life Network, a United States-based personal development business with a presence in 52+ countries.